Abdullah Saeed: The masses are the most important elements of winning the nations of Africa 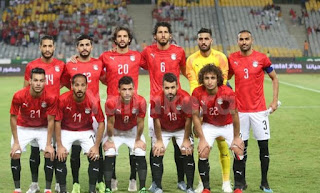 Abdullah Saeed: The masses are the most important elements of winning the nations of Africa

Egyptian football player and player of the Egyptian club Pyramids and the Egyptian team has said that the support of his team in the African Nations Cup will be the most important element in the way of crowning the title.

"The public is the most important element in order to win the title. In 2006, we won the championship because of the support of the fans. I hope this will be repeated this year and crown the title," he said in remarks to MBC Egypt.

Egypt are locked in the opening match of the African Nations Cup on Friday night against Zimbabwe at the start of their path towards the eighth star in the tournament under control.

"I am happy with my return to the team and I try to do everything I have, and this is my nature always in my job, to give all my energy and my efforts, and playing with the national team is a national duty and a positive motivation."

"I have a good relationship with Mohammed Salah. He has been in constant contact with me and congratulated me after coming back to Egypt again and we are trying to make the Egyptian fans happy with the title."