Akrami: Our task for the coronation is not easy .. and Ahmed Shennawi most experienced among the guards 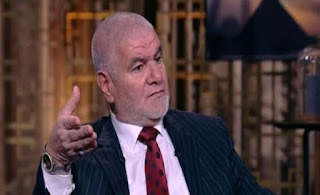 Akrami: Our task for the coronation is not easy .. and Ahmed Shennawi most experienced among the guards

Al-Ekrami Shehhat, goalkeeper of Egypt and the former Ahly, that the task of the Pharaohs team to crown the African title will not be easy and not impossible also.

"The team's task of winning the Nations Cup will not be easy but it is not impossible," he added.

"There are some big and strong teams, but the Egyptian public will be a decisive factor for the team to qualify for the eighth African title."

"It's hard now to win the semi-finals," he said. "Maybe we can do that after we've finished the group stage."

He concluded: "The decision to pay in one of the official matches will return to the technical staff and depends on the level and performance of each guard in the recent friendly experiences and exercises."

The African championships are due to start on Friday against Egypt against Zimbabwe in Group A.