European View .. How decorated the bride of the Mediterranean to receive the "Cannes 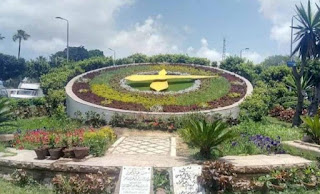 European View .. How decorated the bride of the Mediterranean to receive the "Cannes

With the start of the countdown to the start of the African Cup of Nations, Alexandria has finished its preparations to host the fans and matches of the second group in the tournament, which is one of the most important sporting events in the world.

The hosts will host Group B of the African Nations Cup, which includes Nigeria, Guinea, Burundi and Madagascar from June 21 to July 19.

A few hours before the tournament began, the fields and streets of the bride of the Mediterranean wore a new dress, adding beauty and European look to the history of the ancient coastal city since it was founded by Alexander the Great to be the capital of his country.

"Yalla Koura" reviews the most important features of the development and preparations of Alexandria, Dora of the Egyptian cities, for the continental wedding.

Roads and entrances of Alexandria

As the title of cleanliness and beauty of the city, paving and development of the streets and entrances of Alexandria, "desert and agricultural", as well as internal traffic axes, especially leading to the Alexandria Sports Stadium.

Dr. Abdel Aziz Qansouh, Governor of Alexandria, announced the completion of upgrading the efficiency of roads through paving works, maintenance and renovation of lighting poles and the development of necessary traffic signs and traffic.

Qansouh pointed out that the entrances of the city were decorated with the flags of Egypt and African countries and the motto of the championship "Tut", referring to the maintenance of all the green areas of the central islands by roads and streets.

The governor added that the paving work extended to include the restoration and repair of the dilapidated parts of the Corniche wall in the areas of Shatby and the sand station near the Alexandria Stadium, in addition to the road leading to Borg Al Arab International Airport.

In the vicinity of the historical Alexandria Stadium, which dates back to 1929, five gardens and squares surrounding the ancient stadium of "Ambulance, Hour of Flowers, Waterfalls, English, Ahmed Zewail" have been restored.

Major General Ahmed Bassiouni, secretary general of Alexandria Governorate, said that the Ambulance Park overlooking the stadium has been developed and restored in an aesthetic way, in which the historical dimension of the Alexandria Stadium will be patronized.

Bassiouni pointed out that the work of developing the garden included increasing the green area from the current situation while preserving all the palm trees after they are fine and coordinated, in addition to changing the water, electricity and lighting networks in full.

The secretary general of the province, said that the operation of the fountain has been disabled, and the installation of a new cordon according to the universal code, as well as the establishment of a number of places to sit for citizens, and secure the garden through a specialized security.

Near the stadium, development work has extended to Flower Hour, one of Alexandria's most famous landmarks, established 53 years ago through a specialized committee of professors from the faculties of engineering, agriculture and fine arts to restore them to their aesthetic and cultural form.

Dr. Tareq Al-Qai'i, Advisor to the Governor of Alexandria, said that the development work included planting the clock floor with flowers and natural plants and installing the scorpions and providing them with LED lighting to light the night in different colors, in addition to working a corridor in front of the clock about one meter.

In addition to drawing an aesthetic picture to receive the masses and delegations of African countries, the committee responsible for Alexandria's preparations for the continental championship was rehabilitated by the statue of Khedive Ismail and Al-Wadaf and the design of a new statue of a football player at the entrance to the desert road.

The General Authority for Passenger Transport in Alexandria prepared for the African Cup of Nations (2019) by upgrading the efficiency and re-appearance of civilization and the familiar elegance of the tram and bus stations in the coastal city.

Engineer Ali Sakr, Director of Traffic and Follow-up Department at the Public Transport Authority in Alexandria, said that the efficiency and development of 31 tram stations in the sand line have been upgraded from Raml Station to Victory, Victoria, adding that the works included lifting the bushes, .

He pointed out that "Sakr" to finish cleaning and washing units of the tram line of sand and city, in addition to the fleet of buses with water and soap, in order to appear in front of passengers and visitors in preparation for the reception of the masses of the African Nations Championship.

He added that the campaign to clean the units and stations of tram and bus is conducted using modern technology through the Arab washing mobile, which includes 4 brushes and a tank of water and soap.

200 buses to transport the masses

For his part, Engineer Mohamed Zakaria, Chairman of the Public Transport Authority in Alexandria, announced the allocation of about 200 buses to transport the fans and fans of the African Cup of Nations to the Alexandria Sports Stadium, with the reinforcement of all lines.

The head of the public transport authority said that six tourist buses will be paid in two tour buses carrying the amulets of the African championship "Tut" to be located next to the Alexandria Stadium to transport foreign delegations from their residence to the stadium in the center of the city.

Mohamed Saad, Director of Tourism Department at the Central Department of Tourism and Resorts in Alexandria, said that a plan has been prepared to receive the masses and delegations participating in the tournament from the moment of arrival at Burj Al Arab Airport and Alexandria with displays of folklore, folklore and skirt.

Saad pointed out that the presentations are attended by hundreds of young people from the directorates of culture, youth, sports and education, as well as the use of students from the colleges of tourism, hotels and media who are fluent in foreign languages ​​to participate in the reception of African delegations.

The Director of the Department of Tourism, that the flags of African countries participating in the tournament were placed on the poles of lighting on the streets and the Corniche of Alexandria, as well