In anticipation of the departure of Lukako .. Sky: Manchester United plans to contract with Obamyang 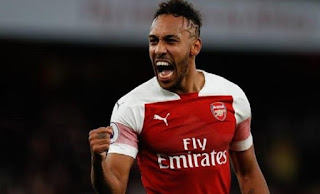 In anticipation of the departure of Lukako .. Sky: Manchester United plans to contract with Obamyang

Manchester United are set to make a formal offer to Arsenal to secure the services of striker Pierre Emeric Obamyang during the current summer transfer period.

Sky has confirmed that the management of Manchester United intends to make an official offer estimated at the amount of 70 million euros for the contract with Obamyang top scorer in the season.

The Red Devils' desire to bolster the attacking side comes as Belgian striker Romilo Lucaco is about to leave the "theater of dreams" and join the ranks of Inter Milan.

The Gabonese striker joined Arsenal in January last year from Borussia Dortmund in a deal estimated at 65 million euros.

The 30-year-old managed to score 31 goals in all competitions, both local and European, and made eight assists in the final season.