In an official statement .. The Organization of the Nations of Africa apologizes to Morocco 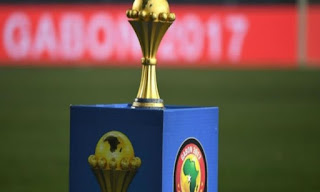 In an official statement .. The Organization of the Nations of Africa apologizes to Morocco

The Organizing Committee of the 2018 African Nations Championship in Egypt presented an official apology to Morocco on an afternoon of unrecognized work on the ticket site of Tizhti.

The Moroccan authorities expressed their objection because of the emergence of a flag does not belong to the Kingdom of Morocco, which was responded by offering an apology officially.

The text of the statement reads as follows:

The apology of the organizing committee for the Moroccan brothers

The Organizing Committee of the African Nations Cup Egypt 2019 is sincerely apologizing to the Moroccan authorities, the Moroccan Football Federation and the Moroccan football fans for the unintended error of the emergence of an unrecognized flag. Which appeared on the date of my e-ticket and one of the music videos without the approval of the organizing committee of the championship.

The Organizing Committee of the Championship affirms its full respect for the Moroccan brothers and the brotherly Kingdom of Morocco, its national sovereignty and its national symbol, and the Committee is confident that what has happened can not affect the solidity of the relationship between the sporting bodies of both countries and the masses.

Chairman of the Organizing Committee