KAVO: Salah's creativity exceeds his speed limits ... and stopping him is difficult 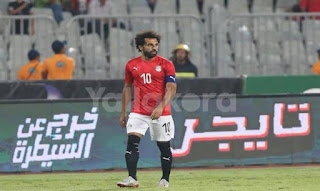 KAVO: Salah's creativity exceeds his speed limits ... and stopping him is difficult

Former Moroccan player Rahou Kafou said that Egypt's Mohamed Salah was not only dependent on his speed in dealing with the ball, but said the suspension was a difficult process.

"Salah is a great player, and his most prominent feature is that he has a quick start to the ball, and in addition to being able to dribble and eye on the goal at the same time," Cavo said in his remarks to the BBC Sports Channel.

"Watching Mohammed Salah is difficult for any competitor. Even when you know what he's doing, it's hard for him to stop him from doing what he does."

Mohamed Salah won the Champions League with Liverpool, and managed to achieve the title of top scorer in the English Premier League twice.

Mohamed Salah leads the Egyptian team in the African Nations Cup in search of the first coronation with his country.