Officially, Ayyum has decided to open the nations of Africa 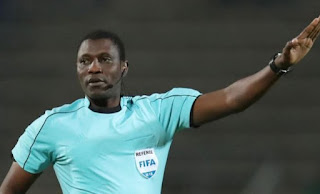 Officially, Ayyum has decided to open the nations of Africa

The 2019 African Nations Referees' Committee has announced the appointment of Cameron Niyant Allium to manage Egypt and Zimbabwe at the opening of the tournament on Friday at Cairo Stadium.

The African Union (AU) announced on its official website that the first assistant in the opening match would be Everest Menquandi and Senegalese Alhaj Malik Samba.

It will be the fourth referee in the Senegalese game Maguet Ndiaye.

The opening match of the 2019 African Nations Cup will be held on Friday evening.