Report .. "K" position of Zimbabwe's withdrawal to Egypt .. Status of the group and sanctions 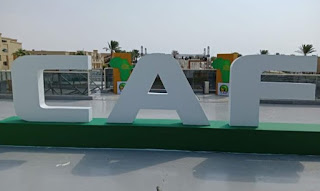 Report .. "K" position of Zimbabwe's withdrawal to Egypt .. Status of the group and sanctions

In recent hours, several crises have arisen over the position of the Cameroon and Zimbabwe teams from participating in the African Nations Cup, ahead of Friday's opening ceremony.

The Zimbabwean football team refused to go to its training venue Thursday evening, and the Zimbabwe Football Association (ZB) administration held a meeting with the players to settle some financial matters.

On the other hand, Cameroon's trip to Egypt was delayed due to financial disputes as well, after the team was due to travel to Egypt on Thursday evening.

But in the midst of that crisis, what does the African Nations Cup title say if a team withdraws from the tournament before it starts?

Article 68 of the Regulations states: "For the group stage, if one of the teams withdraws before the start of the tournament, the group shall consist of the remaining teams, unless otherwise decided by the Organizing Committee."

Article 92, paragraph 4, clarifies the penalties awaiting the team that withdraws from the African Nations Cup.

"The withdrawal, which is reported to the African Union less than six months before the start of the tournament: a fine of one million US dollars, and the local federation will bear the moral and material losses suffered by the participating teams and enough, and the national team will be suspended from participating in two successive versions of the African nations Consider the existing version. "