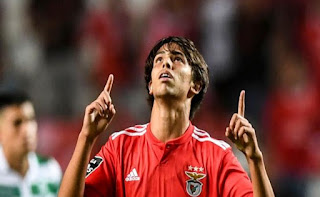 According to the newspaper "Marka" Spanish, Felix underwent medical examination and then signed contracts for the transfer of the ranks of the Rojiblancos.

The 19-year-old is expected to move from Benfica to the Spanish capital in a deal worth 120 million euros.

Benfica's talent has been the focus of many top European clubs this summer, most notably the Juventus, Manchester United and the English clubs.

Felix's move comes as Frenchman Antoine Grizmann is about to leave the Atletico this summer.