Reports: Inter-Atletico clash on Southampton back 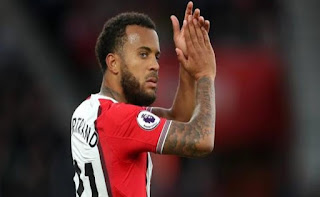 Reports: Inter-Atletico clash on Southampton back

Inter Milan and Atletico Madrid have been locked in a row over the relegation of Southampton's Ryan Bertrand.

The Daily Mail reported Thursday that there was a desire by Atletico Madrid for the services of the 29-year-old.

Argentine coach Diego Simeone seeks to strengthen the left side with the departure of Frenchman Lucas Hernandez, who moved to Bayern Munich.

Inter coach Antonio Conte wants to pump money from Nerazzurri, hoping to get the team back on track next season.

He has been in Southampton since 2015 when he moved from Chelsea to join the Saints in 171 games, scoring seven goals and 18 assists.