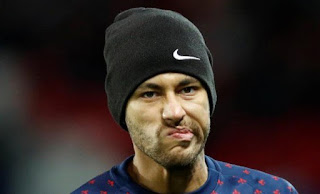 The Spanish newspaper Mundo Deportivo has reported that the Real Madrid administration has made a bid for the purchase of Brazilian star Neymar da Silva from Paris Saint-Germain.

The past period has seen a mutual crisis between Neymar and PSG president Nasir al-Khulaifi, which has made him close to leaving the capital.

The Spanish newspaper added that the Real Madrid administration had already made an offer for 130 million euros, along with the offer by Welsh Gareth Bell or Colombian James Rodriguez in the deal.

Despite the desire of French coach Zinedine Zidane to attract fellow Manchester United player Paul Bujba to strengthen the midfield, Real Madrid president Florentino Perez wants to get Neymar for reasons that are not just sports.

Mundo said he wanted to sign Neymar for commercial reasons in order to increase the sales return on the jerseys despite the signing of Belgian star Eddin Hazard of Chelsea.

The newspaper noted that the Real Madrid will have to make a great effort to persuade Neymar to sign and give up the idea of ​​moving to Barcelona next to try to reduce the huge salary obtained by his current club.

Mundo said Neymar wanted to return to Barcelona again as the Catalan club will try to exploit the player's crisis with his club in order to get his services provided by a player from the squad within the deal.

The newspaper has revealed the names that could join the deal, which comes mainly from Brazil's Philippe Coutinho or Frenchman Osman Dembli, where German coach Thomas Toqueil wants to get their services to strengthen the ranks of the Paris Club.

Neymar had caused a stir in the summer of 2017 after leaving Barcelona for Paris Saint-Germain in a deal worth 222 million euros for the deal is the most expensive in the world.

The 27-year-old has joined PSG last season with 28 games, scoring 23 goals and making 13 assists for his side.