Source: Shikabala informs Zamalek that he wants to move to clearing 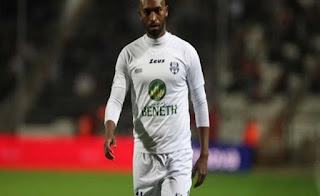 Source: Shikabala informs Zamalek that he wants to move to clearing

Hazem Mahmoud Abdel Razek "Shikabala" player Zamalek, wanting to leave the White Castle this summer and move to the ranks of Egypt clearing.

According to a source in the Zamalek club - who declined to be named - said in private statements at night, the player would prefer to move to the clearing in the presence of Ahmed Hossam "Mido" at the head of the technical team Fayoumi.

Mido took the lead as a replacement for Talat Youssef, who left before the end of Al-Fayoumi's tour.

The source added that Shikabala received two offers from the Egyptian Al Borseidi and Ismaili, but the player prefers to leave for the clearing this summer.

Shikabala, 33, moved to Cypriot side Apollon early this season on loan to take part in 11 games, scoring and making another.